The truth about that song and those "Industry Super Funds"

I'm as sick of that song as the recording engineers who had to listen to it over and over during the recording session in 1988.  It is impossible to escape the naive, childish nursery rhyme which is blanketing the media, and has been almost non-stop for 24 years.  "Twinkle Twinkle little star", "From little things big things grow".

If - like myself - you've stopped to ask yourself why a song released almost a quarter of a century ago, which didn't even make the Top 40 at the time, has received such relentless exposure I have the answer.  These are the facts the media don't want you to know.

In 1988 the Aboriginal tent embassy was re-established outside Old Parliament House in Canberra after a break of over ten years.  The feral activists behind it needed funding to pay for food and other essentials to keep their illegal camp going.  At the time Australia was celebrating the Bicentennial and the Left hated it with a passion.  There were violent demonstrations, Aboriginals acted like pigs in the media and the Bicentennial became a lightning rod for Leftist discontent of all manner of things.

As part of all this, Paul Kelly (the singer/songwriter) was enlisted to write a song which would provide funding for the tent embassy.  All the royalties and other revenue from the song would go towards funding the tent embassy.  The aim was to get the song into the media and played as many times as possible, as each time it was played royalties were generated which went into the pockets of the tent embassy ferals.  The media - especially the ABC - took it up with enthusiasm and thousands of dollars were generated.

Paul Kelly himself had many hits over the years.  To Her Door, Leaps and Bounds, Forty Miles To Saturday Night, Love Never Runs on Time.  Hits which have become part of Australian music history and which still sell many copies today.  Yet From Little Things Big Things Grow is conspicuously absent from all the Greatest Hits CD and DVD compilations.  You cannot even buy it on iTunes.  It is almost as if Paul Kelly himself is ashamed of the song: 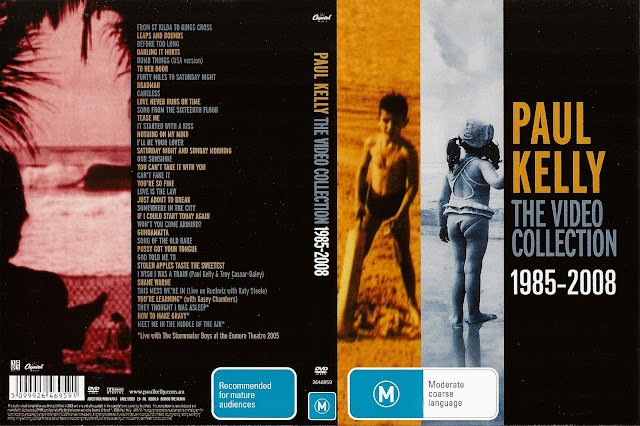 You would imagine that after so much time the relentless flogging of the song would have eased, but the opposite is the case.  It has been stepped up, significantly since the mad riot at the tent embassy on Australia Day.  The song is now being used in TV advertising for so-called Industry Super Funds.  Every time these ads go to air more and more money goes to the Aboriginal Tent Embassy.

If you've also been wondering about those Industry Super Funds, I have another bit of information for you.  These funds are not owned by respectable finance and insurance companies, they are owned by the ACTU.  That's right, Hesta, C-Bus, Host Plus and the others are an arm of the union movement, and the many millions of dollars workers are paying into them - often against their will - are used by the ACTU - the industrial wing of the Labor Party - for political activism and advancing class warfare against bosses and conservative Australia.  Remember the anti-Workchoices ads in the leadup to the 2007 election?  They were funded by the Industry Super Funds. Despite all this money at the ACTU's disposal, they were actually given a grant by the Rudd government in late 2009 to produce and screen highly political ads personally attacking Tony Abbott and the Liberals claiming they would bring back Workchoices.  It is fear of the ACTU launching another similar campaign which is preventing Abbott and the Libs from pledging sorely needed industrial reforms.  The new head of the ACTU Dave Oliver has pledged more money will be used in the leadup to the next election to attack Tony Abbott and grossly misrepresent Liberal policy on industrial relations.

It is high time the media stopped pulling the wool over the public's eyes by pretending that all of this is somehow ethical or acceptable.  We have been deceived, and it is time to call a spade a spade and stop kowtowing to this rubbish and allowing themselves to be used as shills by leftist ratbags and union thugs.

After all, from little things big things grow.
Posted by Jack the Lad at 16:58